Home / Blog / 5 things you did not know about shaving

5 things you did not know about shaving 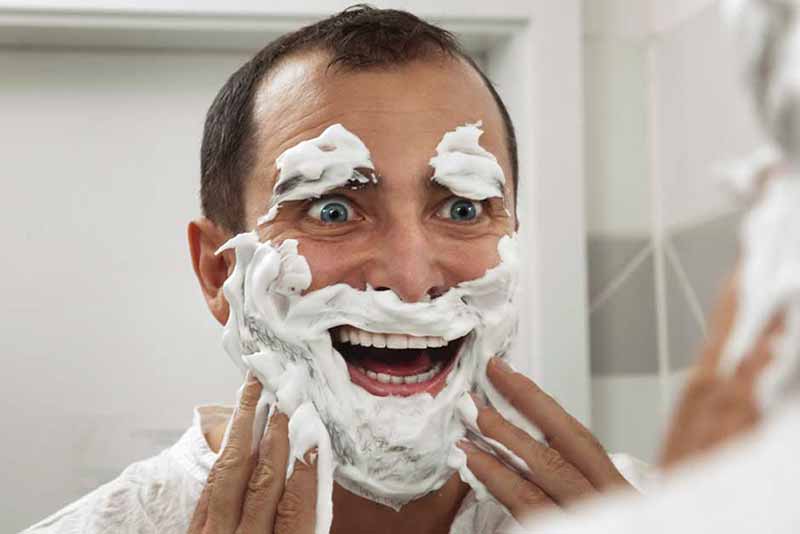 Did you know that men spend about five months of their lives shaving and that humans once shaved with shark teeth. Read on for more interesting facts about shaving you probably haven't thought of.

Most of us start shaving at the age of 15. If we assume that we continue until we are 75, it is estimated that we will spend a total of 5-6 months of our lives shaving.

Paintings from prehistoric times show that we shaved back then

Cave paintings reveal prehistoric people shaving with such fantastic tools such as mussel shells, flint knives, and even shark teeth! Ah, what man does not do to experience the wonderful healthy feeling of a freshly shaved face…

Facial hair is as tough as copper

Ok, so now we understand all the girlfriends and wives out there who are afraid of the almighty beard. According to many studies, copper wire and dry beard are equal in strength level and stiffness (at the same diameter). Imagine trying to pull a razor over copper wire facial hair. That is why we recommend warm water before shaving. Facial hair absorbs warm water much faster than cold water. Warm water also increases facial hair elasticity by up to a third, which makes shaving so much easier!

The world's longest mustache is over 4 meters long!

The world's longest mustache is worn by Ram Singh Chauhan, a 57 - year - old Indian. His mustache is about 4.3 meters long, and he claims to have saved it since 1970! He says that sometimes it is uncomfortable to sleep with such a long mustache, but no pain, no gain.

What would you do if you were an emperor and did not like beards? Tax it! Most of us may not see beards as a tax issue, but for Peter the Great, facial hair was no small feat to drive around… Peter I wanted to modernize Russia, in addition to reforming the military and the church and founding St. Petersburg, it was important to reform the fashion of the region. It is said that at a welcome party in his honor where a number of high-ranking political figures participated, Peter suddenly pulled out a massive razor blade! Robert K. Massie writes in Peter the Great's biography: "After passing his friends and hugging them… he began to shave their beards… with his own hands!" No one dared to speak out against the two-meter-long emperor. He then introduced a tax that, that men with beard paid, based on their income, and then received a special copper coin that said "tax paid". The tax was collected until 1772, 47 years after the death of Peter the Great.