Home / Blog / Dust off the grill! How to succeed with grilling

Dust off the grill! How to succeed with grilling 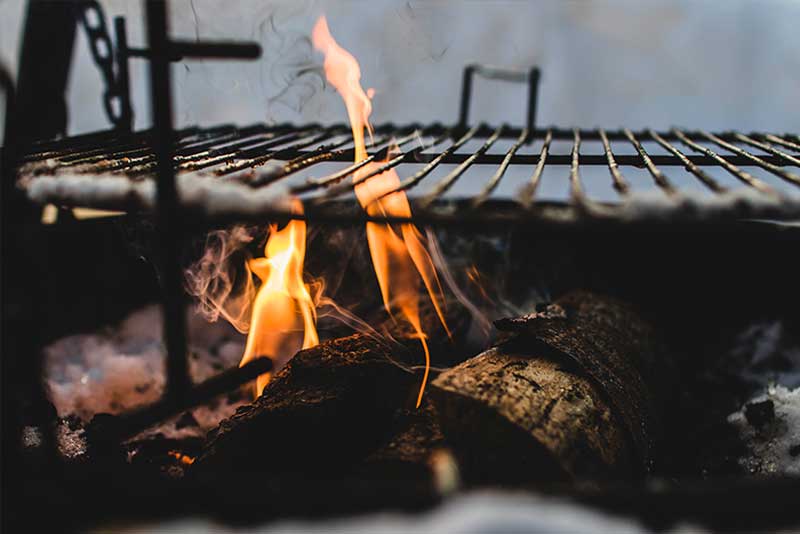 It's finally summertime, and many have started dusting off the grill. We've written together some basic techniques to help you when it's time to put the steak on the grill. From antiquity until today, the art of grilling has been passed on, from father to son until today. We are proud to lend a helping hand to maintain the tradition.

Traditionally, the kitchen has been associated with women, while all cooking outside the kitchen has allowed men to shine. There is evidence that men in ancient Greece were called in when meat was to be cooked at certain festivities. The tradition and the art of grilling have been passed down from father to son from ancient times to the present day.

According to a survey, 70 percent of Swedish men answered that they are responsible for grilling. But only 5 percent of women say the same. Historically, men have been considered experts when it comes to meat. It is probably a consequence of the fact that they were responsible for the hunt for a long time, and the sons have taken after their fathers, and so has it continued. We've written some basic techniques that will make you shine a little extra after the grill has been dusted off.

The coals should be evenly spread so that it is equally hot everywhere. Then you turn on as usual and wait for a nice even glow. Direct grilling is best suited for slices of meat, minced meat dishes (e.g., pan steak), and fish fillets. The key here is to turn the piece of meat often so that the surface cools down, and in that way, the meat is evenly fried.

Light the charcoal bed as usual. But this time, you push them aside after they have reached the right glow level. You then place the meat pieces in the middle of the grill iron. It takes longer to cook the raw material this way but is very suitable for larger raw materials, such as whole chicken. You can advantageously put the lid on; that way, the heat circulates, and the frying becomes even. You do not need to turn as often (if at all) as with direct grilling.

Smoking is a barbecue method people have used for a thousand years. Initially, smoking was used to preserve meat and fish to not rot in hot climates. Today we use this cooking method to nuance the taste experience from time to time. Smoking food is straightforward. You cook the raw materials according to the indirect method, but this time you put some sawdust or wood chips on the hot charcoal and close the lid. And you're done. Easy. The result is often a very tender and juicy smoky flavored dining experience. Remember, however, not to use too much; the smoky taste should not take over, the meat should still taste like meat and not wood.

Do you have a gas grill and still want to bbq smoke? No problem, it's very simple. Follow the instructions in this clip: